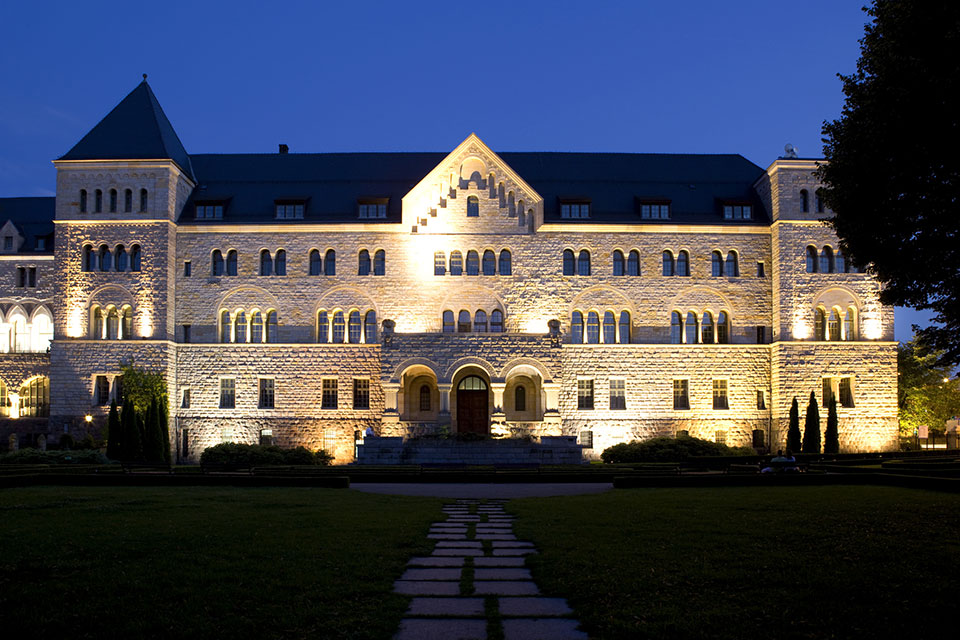 Former imperial castle (now the headquarters of the Castle  Cultural Centre) is one of the most recognizable structures in Poznań.  For over 100 years of its existence it  served various functions. The castle is a massive building with a rich history that is worth exploring. The castle was built in era when usage of ancient architectural styles were already out of date. However, the imperial residence in Poznań wears a  historical costume , which since its inception was a surprise and elicit criticism. However already  in 1910 the castle was treated as a monumental  building. The interior of the mansion was willingly explored because  it was very unique. The great throne hall was modeled on Byzantine basilicas and was similar to Paltin Palermo Cappella. The original interior of the castle made positive impressions among both Germans and Poles.

The interior created during  World War II  largely operate today in unchanged form. It is characterized by monumentality and references to classicism. There are also such interiors which design appeal to a popular about 1910 style of steamships.

All these interiors are an aesthetically and historically unusual  for all kinds of cultural activities.

Visiting the castle is a great lesson of history. It is also a journey to nonexistent interior of the imperial residence and studying the architecture of the totalitarian  country. A walk through the castle with a guide comment gives you the opportunity of discovery this exordinary building so closely connected with the recent history of the city.